The Supreme Court Press mourns the passing of Pastor Schuller, who passed away before his case could be heard by the Supreme Court. Dr. Schuller lived an extraordinary life, and is an enduring inspiration to the world. The recognition of this Petition of the Month remains a part of the historic record. Although with his passing, this case will not be the vehicle to resolve the interpretation of 11 U.S.C. § 502(b)(7), it may serve to galvanize other retirees or near-retirees facing similar legal issues.

The Supreme Court Press “Petition of the Month”TM for January 2015 is Robert H. Schuller and Robert Harold Inc. v. Karen Naylor and Crystal Cathedral Ministries, Supreme Court Dkt. No. 14-945, a case arising out of the Ninth Circuit Court of Appeals. The petition was filed by attorneys Becky James and Jessica Rosen of the firm James & Stewart,, located in Pacific Palisades, California. 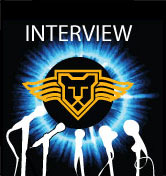 Dr. Robert H. Schuller is the legendary pastor, Christian educator, author, motivational speaker, and founder of the Crystal Cathedral church in Garden Grove, California. For over 25 years, Dr. Schuller spoke to, inspired, and motivated millions of people globally through his weekly television program The Hour of Power. Starting with only $500 in assets. Dr. Schuller first opened the Garden Grove Community Church in a drive-in movie theater, preaching to his congregation under the blue sky. As the congregation expanded, Dr. Schuller commissioned the Crystal Cathedral, an architectural marvel made of glass, seating 2,736 persons, with a bell tower soaring 72 meters high.

The Supreme Court petition (see Docket No. 14-945), filed by attorneys Becky James and Jessica Rosen of James & Stewart LLP (Pacific Palisades, CA) is related to the struggles of the church to overcome the transition from its founder, Dr. Schuller, to a new leadership group. The Crystal Cathedral and Dr. Schuller entered into a “Transition Agreement,” and Dr. Schuller stepped away from operational responsibility, while remaining on the board. As the financial crisis hit, the Crystal Cathedral entered bankruptcy in 2010 and while in bankruptcy, sought to expunge Dr. Schuller’s Transition Agreement. Under U.S.C. § 502(b)(7), if Dr. Schuller is viewed as a retiree, the Transition Agreement would be viewed akin to a retirement benefit and could not be purged. If Dr. Schuller is viewed as an employee, albeit one with diminished responsibilities, the Transition agreement would be deemed an employment agreement and voided. The Courts have established analytical frameworks for what defines an independent contractor relative to an employee (see Community for Creative Non-Violence v. Reid, 490 U.S. 730, 741 (1989)), but has not been as clear as to the distinction between an employee and a retiree.

When Dr. Schuller began the process of filing his petition, he had engaged an old line legal printer to help him out. However, the project seemed to be stalled, and the timely filing of his petition was in jeopardy. As the deadline loomed, he and his legal team turned to Supreme Court legal printer Supreme Court Press, who quickly got the project under control, and delivered an exquisite document to the court.